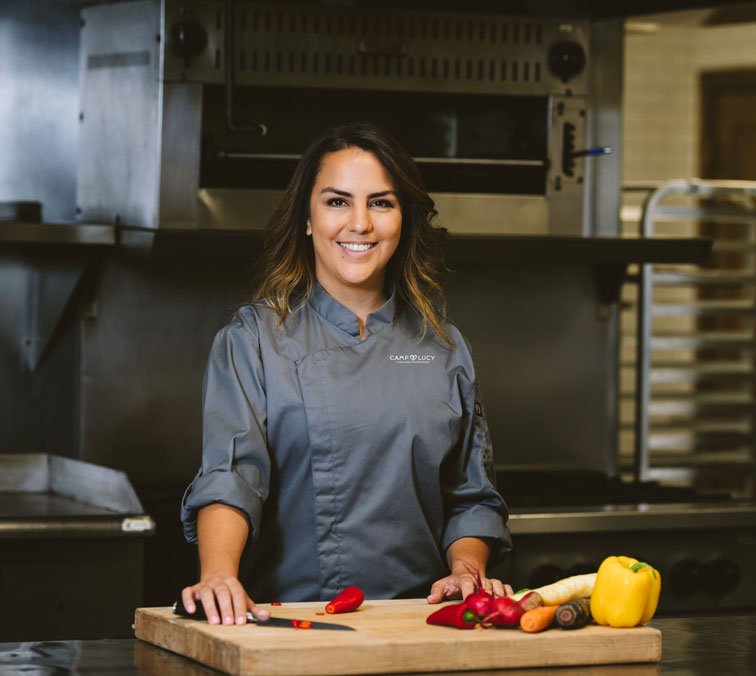 Growing up in the motion picture industry, this Los Angeles native is no stranger to the magic of events. After attending college in North Carolina on a tennis scholarship, Meredith rediscovered her passion for cooking while spending time in the kitchen with her grandmother, and quickly made the switch to culinary school where she would begin chasing her dream of becoming a Chef.

She returned home to LA where she landed a job with a major catering company that specialized in large awards dinners and movie + TV craft services. Harnessing her ability to serve Hollywood celebrity clientele, Meredith went on to become a personal chef to several A-List celebrities. While she loved her time in the city of stars, she was ready to make the jump to Austin.

Meredith first joined the Whim Hospitality team as Executive Sous Chef of Whim Catering, where she led the charge on offsite catering in the Austin and surrounding hill country areas. In her new role as Banquets Executive Chef at Camp Lucy, she will direct the Banquet Team and drive the direction for the Banquet Food and Beverage Program. She is inspired by the dedication and passion of this female-led company and is honored to be a part of the continued growth.

When she is not in the kitchen, you can find Meredith exploring Austin with her dog, Mila and boyfriend, Tommy.